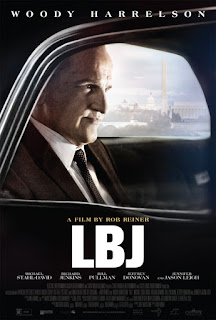 Lyndon Baines Johnson, the 36th President of the United States is credited with furthering legislation on civil rights, gun control, wilderness preservation, Medicare/Medicaid, Social Security, aid to education, the arts, and public services.  It is clearly an impressive record achieved primarily because he was an expert in the “art of the deal”, and had an uncanny ability to know where to compromise and where to stand firm.  Yet, he is not generally regarded as a great President, and is associated more with the Viet Nam War than any social programs.  The LBJ documentary addresses this conundrum at least partially.
Johnson was very wise, and although he smacked of narcissism, he was a brilliant strategist while he was Speaker of the House of Representatives, Vice President, and President.  He knew that after President Kennedy’s assassination, the country would be receptive to continuing a “martyr’s” agenda soon after his death.  Johnson understood the “strike while the iron is hot” element, and not only brought the country along on his plan, but some of Kennedy’s staff as well.
The movie begins with the Kennedys and Johnsons arriving in Dallas on the fateful day President Kennedy was shot.  Thereafter, it cuts back and forth between the events that happened there, and the political process in Washington, both before and after the assassination.  (This is another film that rejects chronological order, the purpose of which is not clear, and which seems to me to be a fad among Hollywood filmmakers, which annoys me.)
The political process is much more interesting, primarily because we’ve seen the Dallas footage so many times.  The fascinating part of the political process portrayed here is in showing how effective Lyndon Johnson was in using compromise, negotiation, and downright arm-twisting (and “pecker” threats) to get opposing sides to work together.  Based on the film, John Kennedy was largely supportive, but his brother Robert despised Johnson and attempted to thwart him at every turn.  He doesn’t come across looking very well in this film.
A strong point of LBJ, directed by Rob Reiner, is its honing in on Johnson’s personality—his confidence on the one hand and his insecurities on the other—and his strategic thinking.  His attitude toward Kennedy was one of respect, and some degree of awe.  “I’ve never seen a politician look that good on TV”, he comments to his devoted wife Lady Bird.  He observed that Kennedy was more a “show horse”, whereas he, Lyndon was a “work horse”, and clearly in the beginning he valued the latter more.  Across time, however, he grudgingly admired how much Kennedy’s appearance and charisma helped him achieve the popularity he had, and he held him in great respect.
The somewhat surprising casting has Woody Harrelson playing LBJ and Jennifer Jason Leigh as Lady Bird.  Harrelson’s Texas accent comes in handy, because despite heavy make-up, Woody doesn’t resemble LBJ that much, but his good acting skills are of considerable help in our seeing him as Johnson.  Leigh does a wonderful job portraying Lady Bird’s devotion and sage advice, and the chemistry between the two actors makes their relationship convincing.  Jeffrey Donovan as JFK and Michael Stahl-David as RFK manage the Boston accents perfectly, and capture the differing personalities of each very well.  Richard Jenkins plays Johnson’s old mentor, Senator Richard Russell, with the considerable talent he always shows, and comes across well as a Southerner who would almost rather die than give in to civil rights advocates.
I found this movie interesting even though much of the content is not new; but it was good to be reminded of LBJ’s assets, since he could be so off-putting when he was being crude.  Unfortunately for him, a Texas accent has more often been made fun of rather than admired, and that likely worked against him as well.

The power behind a strong political figure toward whom Americans showed considerable ambivalence.