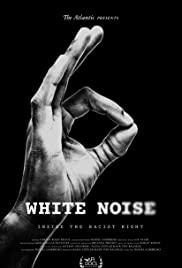 The film written by Niall Johnson and directed by Geoffrey Sax is interesting, but a disappointment in that it highlights three publicly visible figures of the alt-right in America without defining exactly what the alt-right is supposed to mean.  The three figures are all highly individualistic—even critical of one another—and about the only thing that unites them is their white supremacy beliefs and support of Donald Trump.  Are the filmmakers implying that alt-right is a disparate group that cannot be defined in any uniform belief?

The two things that unite the three lead characters is their privileged status in America (one in Canada) and their advocacy of white supremacy (although one is compromised enough about this belief that a slightly colored mate is fine) and hatred of Islam.  One complains about suppression of males after the advent of the feminist movement, but this fades as time goes by, and he is shown to be happily married to an Iranian woman.  Although the three attach themselves to the “alt-right” movement for a time, it becomes clear that each is really out for him-herself.

The purpose of White Noise is unclear to me; we’re shown intermittent scenes of each of them pursuing their individual goals, but there is not really anything—other than whiteness values—that unifies their belief systems.  Perhaps—as shown in the title—this is the purpose, to show how strong the wish for our country to be “white” (although there really is no such thing) supersedes so many other considerations.

I was hoping for a production that would help define and delineate the alt-right as a group and how it became effective in electing Donald Trump President of the United States.  Beyond that, the filmmakers should maybe have speculated what the potential is for the alt-right to influence the next election of the President in 2020.

An interesting picture of some figures in the alt-right who support Donald Trump as President, but the execution is very poor.

Posted by donnarcopeland at 10:19 AM