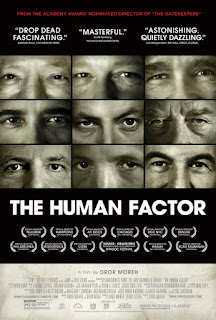 This chronicle of all the times since 1991’s Oslo Accord that Israelis and Palestinians have attempted to come to a peace agreement with the U.S. as negotiator demonstrates how deep-seated the hostility is between the two sides.  Israelis were so against Yitzhak Rabin’s signed agreement with the Palestinians he was killed.  Palestinians were so much against an accord in progress almost made by Nasser Arafat with Israel it resulted in outright warfare between the two.  Because of the U.S. being considered as the major world power in 1991, and its interests in maintaining peace between Israel and the Arab states, it offered to be the outside negotiator during this period of time.

It had a big—perhaps impossible—job.  Along the way, there are many encouraging signs during the process of negotiations.  For instance, in the earlier stages, it is remarkable how Rabin changes his attitude toward Arafat, and the efforts of U.S. personnel is clearly evident.  At first Rabin is stiff, but by the end he is smiling at Arafat and shaking his hand.  Many times in the beginning, Arafat agrees to terms, showing a lot of trust.  But as soon as he senses that the other side is not respecting him or giving the Palestinians their due, he balks.

Through it all, the importance of support staff of the leaders in furthering along the negotiations is clearly visible.  At times, they advise the leader and are absolutely on target.  Although, toward the end, when an apprehensive Clinton polls his staff about whether to have another summit with Israel’s Barak and Palestinian Arafat, they advise him to do it—it turns out to be a questionable judgment, as noted by

Overall, The Human Factor comes to be a brilliant way of showing how much diplomacy and negotiations in world affairs is so much about human interactions, language, and history.  The human touch is apparent throughout the film—whenever diplomacy succeeds.  When it is missing—when there is no empathy or historical understanding—diplomacy is useless.  Historical events may encroach upon whatever is proceeding, but that awareness of humanity and empathy can make all the difference in the world.

If one wonders why there has never been a successful accord between Israelis and Palestinians, The Human Factor will help you understand.  It’s a combination of history, leadership, and negotiations that have so far been beyond our reach.

The film is good at charting the course of negotiations during the Bush and Clinton administrations, but it should have covered as well those prior, in the Carter Administration.  An improved version would also give more consideration to the Palestinian position and more clearly identify the commentators.  By the end, I cannot tell you who they were.

Explaining—to some extent—the tenacious problem of Israeli-Palestinian relations.  Diplomacy on the line.