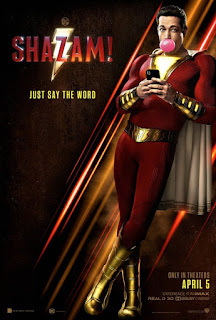 A little boy at the carnival is disappointed because his mother didn’t win the toy he wanted, but is reassured by her giving him what she did win—a compass—“that way you can always find your way home”, she says, which brings a smile to his face.  But they are in crowds and he drops the compass, running after it when people kick it along. Finally, he retrieves it, only to find that he has lost his mother.
Billy (Angel as the child) is smart, inventive, and a bit impish, which results in his being shunted from one foster home to another after his mother is never found. When he’s a pre-teen he pulls a trick on some police officers, and is given a final chance at one more home, which, at first, he’s not about to regard it as such.  But as it turns out, it’s run by a loving couple who’ve taken in four other children, all with certain quirks freely tolerated by the Vasquezes.  Freddie (Grazer), a fast talker, reaches out to Billy who, of course, is ambivalent and rejecting, but Freddie doesn’t give up, and finally wins him over.
Another character we meet early on is Thaddeus Sivana (the younger played by Pugiotto), whose father and older brother belittle him as a sissy and a coward, figuring he will never amount to anything.  But Thad sometimes has visionary experiences, which he would like to tell them about, but they simply show impatience and blame him for a serious car accident.  He does grow up to be some kind of scientist (played as a grown-up by Strong) with a continuing burning interest in the dark arts.
Now, not only does Thad have some strange experiences, but Billy too begins to have similar ones after he starts living in the Vasquez home.  Both boys have encountered the wizard Shazam, one of which will become the “true champion” to carry on his tradition of power.  He must be good, strong in spirit and pure in heart to withstand the seven deadly sins. When Billy invokes “Shazam!”, he immediately becomes an adult super hero (played by Levi).  But Sivana covets the mantle, and being older and more experienced, he expects to be able to wrest Billy’s powers from him. The two will eventually thrash it out in long, extended bouts
The screenplay by Henry Gayden and David F. Sandberg’s direction artfully weave these characters and their stories together in ways that capture the viewer’s interest and suspense, aided by impressive special effects.  Comedy is skillfully inserted, particularly when Billy begins to recognize special powers that seem to have appeared out of the blue, and when his foster brothers and sisters come out with charming observations and logic.
The film is at least a half-hour too long, with battles between Sivana and Billy/Shazam becoming tedious eventually.  But it has redeeming qualities, such as childhood traumas being linked to adult issues, the demonstration of tolerance for individual differences shown by the Vasquez couple and their encouragement of individual strengths, and the fundamental theme of what is involved in being mature and responsible as an adult.
On the whole, I think the film is worthwhile for children to see, with its entertainment value, thrills, and comedy; and adults should find enough to be of interest and provoke thinking about the issues presented.  Children might take heart in the idea that they possess special powers that just need to be developed, and that tolerance for individual differences and strengths is something to be appreciated and valued.
I’m not sure how good it is for children to witness certain scenes in the story between children and their families that include child abandonment (kids won’t be able to grasp the reasons for it) and vengeance wreaked by an adult child venting his spleen.  Both of these elements could have been eliminated without weakening the story.
The main actors—Levi, Strong, and and Angel—give strong performances, and delightful Faithe Herman is refreshingly funny and endearing.

Although too long, this origin story of Shazam! is entertaining and fun.