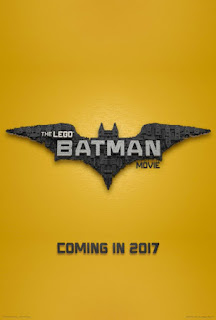 The humanization of Batman (Arnett) turns out to be very funny with glitzy animation and some substance to the message.  As evidenced by audience reaction at the screening, those familiar with DC comics will get many references that fly past those of us who are uninformed.  But even for those unfamiliar with all the Batman comics and movies, this is a flashy, entertaining story that will even pull your heartstrings in places.
Batman is full of himself, depicting the stereotypical male out of touch with his emotions or others’, and needing to be a savior in order to feel good about himself.  He has boxed himself in by shutting everyone else out, thinking he has to do everything on his own, ignoring his own needs for support and connection, and hell bent on being the hero of Gotham City.  His competitiveness with others—including Superman—is not overlooked.
But the Joker (Gallifianakis) is back on the scene, and is intent on taking over Gotham City.  The police commissioner (Dawson) wants to help, as does Alfred Pennyworth (Fiennes), Batman’s aide, but he puts them off and strikes out on his own.  Someone he can’t put off is an orphan whom he absent-mindedly adopted one day.  Dick (Cera) is entranced with Batman, and insists on following him everywhere and getting outfitted in Batman-like clothes.  Batman tries to brush him off repeatedly, but the little guy is so persistent, Batman starts feeling some attachment to him—not admitting any such thing, of course.
Themes that are treated both seriously and funny recurring throughout the movie include attachment, responsibility, cooperation, and the joy of play.  Even the Joker can’t get Batman to acknowledge that he is meaningful to him, and his wheedling and arguments with Batman are some of the funniest scenes.  A sense of responsibility outweighs anything else in Batman’s mind, preventing him from accepting help from others and making him actually lonely.  Pennyworth tries his best to get Batman to lighten up, and Dick enthusiastically takes to everything like it’s one big joyous game.  It takes a while for all this to get through to Batman and for him to become aware of his own emotional experience.
Lego Batman is highly entertaining and visually beautiful, and is not directed toward any one age.  Children and adults should enjoy it for different reasons.  Although many of the references to other DC Comics film productions are likely to go over kids’ heads, there is enough animation and color—and even jokes—to keep them engaged.  Lorne Balfe’s music enhances the different moods of the film, notably playing Three Dog Night’s “One is the Loneliest Number” when Batman returns home and finds he is warming up his dinner and eating alone.
Director Chris McKay and the whole Warner Brothers-Lego-DC Comics team deserve the immense pride they most likely take in this production.  The voices of the actors deserve praise as well.

Fine animation with humor, adventure, and thoughtful points for viewers of all ages.

Posted by donnarcopeland at 2:02 PM