NO TIME TO DIE 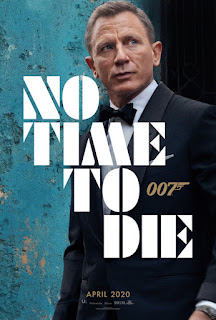 Quintessential Bond with the complex plot, hair-raising chases, pretty women, and lots of booze and gadgets.  Bond (Craig)—who has “disappeared” after seeing that arch-enemy Blofeld (Waltz) is incarcerated—is found in Jamaica by his old friend, CIA officer Felix Leiter (Wright), after Bond has just unceremoniously put his girlfriend Madeleine (Seydoux) on the train because of his suspicions about her.  She is heartbroken, proclaiming her innocence, and walks down the aisle seeing him in passing windows as the train leaves the station—an eloquent graphic image—thanks to Linus Sandgren (La La Land, The Hundred-Foot Journey, American Hustle), whose photography in the film is impressive throughout.

Leiter points out that an important scientist, Valdo Obruchev (David Dencik) (has been abducted and needs to be found to prevent a scheme that could result in the death of millions.  The plot thickens from there, with Bond having to confront forces of which he was previously unaware.  It brings him into contact with his old boss at British Secret Intelligence Service, M (Fiennes) and staff, and tensions he now encounters and must manage between the U.S. CIA and British Intelligence.  Most touchy is the fact that M has assigned another agent, female Nomi (Lynch), to be 007.  This awkward situation must be dealt with because the old 007 wants to be involved in the case because it still seems to be connected with Spectre’s Ernest Blofeld (Waltz), whom Bond had put in prison.

The most alarming danger comes from an evil man, Llyutsifer Safin (Malek), who has a poison plan that threatens millions across the world.  Getting to him is of course a tall order, and will require cooperation among all the parties involved, including international interests.

The film is overly long with too many implausible chases and fights—as are found in most/all action films.  But it is successful in gripping intrigues and nail-biting dilemmas.  Daniel Craig is at his best in portraying for his last time the brave strategist Bond is known to be, with the additional acquisition of personal commitment and less womanizing.  He comes across as actually gallant at times.

A bright spot in the deluges of combat is shown by Ana de Armas as Paloma.  She kicks a.. impressively and with a little bit of humor, giving the viewer frequent “so there!” satisfactions.  Bad guys like Blofeld and Safir send plenty of chills up the spine, both because of their physical appearances and their evil nature.  Seydoux lacks some of the glamour and keenness of mind that Bond women usually have, but Lashana Lynch, the new 007, is appealing in her level-headedness and combat skills.  Lynch attributes part of her character’s success to the contributions of Phoebe Waller-Bridge to the script.  Hans Zimmer’s music for his first Bond film adds color to the action, and has just the right number of references to music in previous Bond films, most notably, the recognizable “suspense” motif.  Billie Eilish singing the title track co-written by her and her brother Finneas O’Connell provides additional inspiration.

No Time to Die will reward fans of the Bond films with plenty of intrigue and spine-chilling tension.