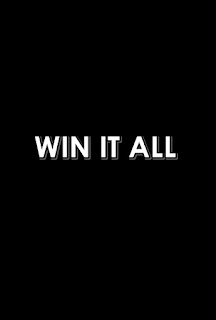 Eddie Garrett has a gambling problem and sporadically attends group sessions for it.  He’s a major irritant for his sponsor (Key), because for all his big plans to change, little happens, and he doesn’t hesitate to call the sponsor any time of day or night.  His infantile demands and self-preoccupation require strict limit setting on the sponsor’s part.
Eddie leads a seedy life without a job, scrounging around for any dough he can get his hands on and going through incessant winning/losing cycles.  After a discouraging night (through which he always maintains his optimism), he comes home to find someone in his apartment who looks like he is going to call in a debt.  But he has a strange proposition; Eddie can make $10,000 by holding a big bag for the man while he has a stint in prison, probably about six months.  All Eddie has to do is stay out of the bag and keep it until the man returns for it.  He doesn’t have a job, but when someone asks him what he does for a living, he replies that he is in the “storage business.”
Of course, this is more temptation than just about anyone—especially a gambler—to stand, and although he wrestles with himself mightily, you can guess what happens and what the bag contains.  In no time at all, Eddie’s persistent optimism that he can use the money and make even more with it gets the better of him.  When he first launches his plan, he blossoms with his wins, becomes gregarious with friends, and even meets an attractive woman who succumbs to his charms. Eddie becomes so desperate he goes to his brother Ron (Truglio), who has bailed him out numerous times.  Ron has their father’s landscaping business and always begged his brother to be a part of it, saying he would have to start at the bottom, but could work his way up to eventually being a partner.  Eddie has always been disdainful, but now he is so desperate, he takes Ron’s offer, and begins doing medial labor.  If he works six months, he will be able to put the money he’s lost back into the bag.
After a few fits and starts, Eddie is taken by surprise by how much he is enjoying working.  He starts reforming, with his new girlfriend supporting him all the way, even after she learns his earlier free spending was temporary and not substantive.  He stops gambling and begins to think about becoming a family man.  All of this is groovy until the owner of the bag notifies Eddie that he will be getting out of prison early.  Eddie goes to his brother once again, asking him to advance him his salary enough to replenish the bag.  But his brother refuses.
What will Eddie do and how does this story end?  In a very clever way, but it has an aspect to it that made me flinch.

Writer/director Joe Swanberg is a favorite filmmaker in his hometown of Austin, and his work is generally well regarded across the world.  His style is easygoing, always with substantive points to make about people and society.  He co-wrote this script with Jake Johnson, his collaborator on Drinking Buddies, and Johnson gives a stellar performance as Eddie in Win it All.  I was especially taken with the brother Ron’s character played perfectly by Joe Lo Truglio, which is a rare characterization of a supportive brother who does/says all the right things to someone like Eddie, with a lot of humor thrown in.  He’s a little corny at times, which is likewise just right.  Debez is an experienced actress from Mexico, so I don’t recall seeing any of her films, but she also comes across as a natural in this film.

A well conceived, entertaining comedy about the rehabilitation of an addicted gambler.

Posted by donnarcopeland at 4:32 PM